by Odgers and Simmonds 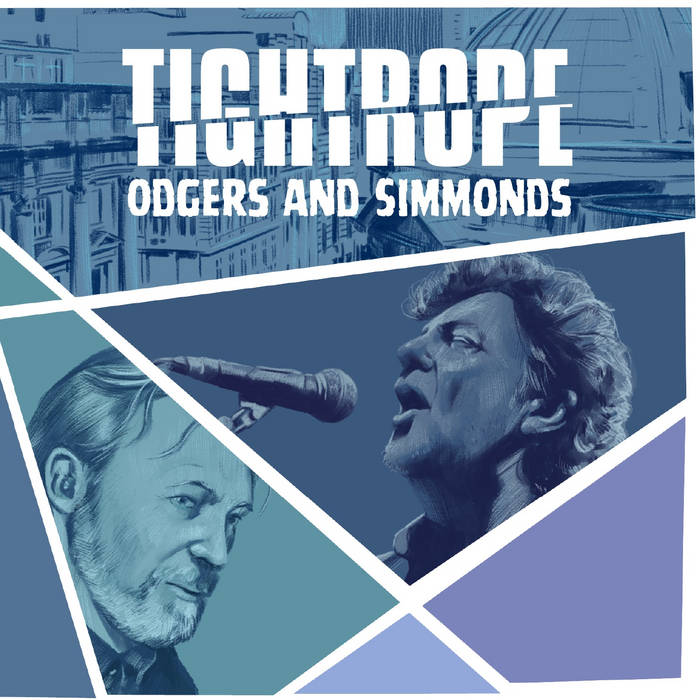 A new CD from The Men They Couldn't Hang's powerful songwriting partnership Paul Simmonds and Phil 'Swill' Odgers.Their first release as a duo since Baby Fishlips, (originally released under the pseudonym Preacher Jethro Brimstone and the Watermelon Kid) in 1999 and Folk At The Fortress, in 2002, this album brings together new versions and rare recordings of songs they have written for Liberty Cage, The Men They Couldn’t Hang and both of their solo projects. It also includes a new recording of Barratt’s Privateers with Paul Simmonds and Bobby Valentino joining Swill on vocals. G’damn!

The cover artist is Jacob Phillips son of Sean Phillips who did the artwork for The Men They Couldn't Hang 'The Domino Club' album back in 1990 and then went on to work with DC and Marvel creating artwork for Batman, Spider Man and Marvel Zombies to name but a few.


Paul Simmonds and Phil ‘Swill’ Odgers, songwriters from folk punk legends The Men They Couldn’t Hang, have been collaborating musically since the heady days of 1978 when their fledgling punk band Catch 22 supported The Clash twice during the infamous 16 Tons Tour.

Since those formative musical experiments, Phil and Paul have moved through many epochs; from founding roles in the Celtic folk punk explosion in early 80’s London, International rock infamy as TMTCH marauded through the gig circuits of the world in the late 80’s, stadium shows with Bowie, cultural trips to Egypt, and on into obscurity, penury and finally revival with a reformed TMTCH in early 2000.

This album is a hybrid; part retrospective, part tribute to key influences and part a kind of musical archaeology as it turns its way through all the various lesser known twists of their 35 year careers, taking in solo projects, duo projects, an unreleased musical and some right up to date unplugged performances.

Last April TMTCH concluded their 30th Anniversary year with another sold out show at Shepherds Bush Empire, just 50 yards from the squat where they had founded the band 31 years before. Phil Odgers continues to build his impressive solo career and will follow 2013’s acclaimed ‘Godforsaken Voyage’ with a new pledge funded album in 2016 after hitting over 100% of his target in 24 hours (www.pledgemusic.com/projects/swil).

Paul Simmonds was nominated in the Best Original Song category at the 2015 Radio 2 Folk awards and co-wrote the lauded ‘A History of Insolence’ album along with his partner the roots singer Naomi Bedford.

Despite the myriad of other projects, not to mention TMTCH, Phil and Paul have constantly returned to work on projects together for the very good reason that it works very well. This is a snapshot from their back pages…..

Mille Petrozza stops by to talk about the new Kreator album, plus music by Trauma Bond