Sleep of the Just 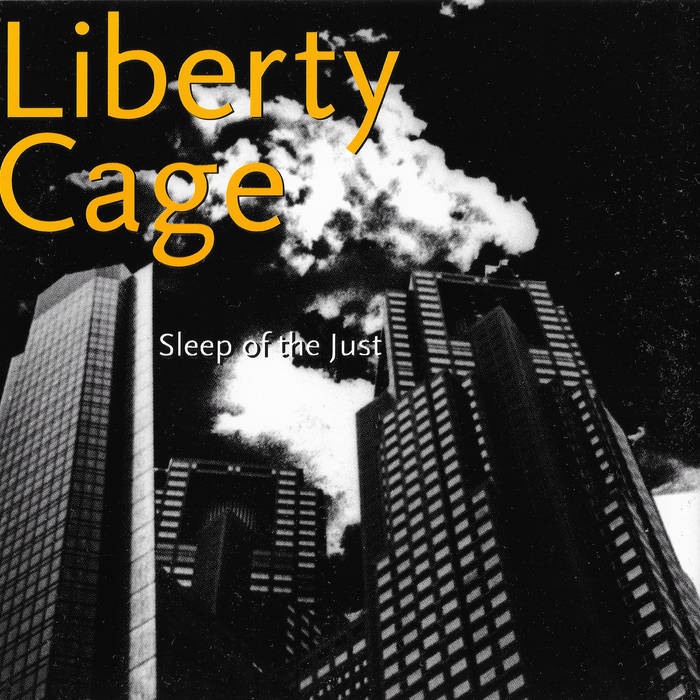 sanrim Having been a fan of the Men They Couldn’t Hang since I was 13-14, more than 30 years ago now, my love for the music the Men make was reignited following my first ever live gig I managed to see after all this time (!) just over a year ago. In the year that followed I’ve come to learn that there’s lots more music related to the band besides what the TMTCH perform. The long history of the band has seen sabbaticals from the main affair, creating space for alternative band configurations and off-shoots of solo activity. One of my latest discoveries is Liberty Cage, a band Swill and Paul set up with Paul’s brother (?) Neil in 1991. I managed to get my hands on their 1994 CD Sleep of the Just.

This is fast becoming my new favourite. Versatile fusion of folk with lots of different influences from pop ballads to pure jazz (loved it!) to country and Irish folk to the riotous Mexican market place vibe of the Judgement day; sharp and insightful lyrics delivered in Swill’s full-bodied vocals. The trademark the guys carry seems to be heavy (=important) content wrapped in light hearted and catchy tunes (On Her Majesty's Service has stayed as my earworm all week...). It's probably the use of brass-instruments and flute that sets this apart from the other music produced by the members of TMTCH, they add a whole different vibe to the set.

It's sobering to notice that 25 years on from when this album was first released a lot of the themes are as, if not more, current today: far-right hatred, poverty, inequality, religious oppression, regional politics, lack of opportunity. The lyrics also have a lot of astute observations about love, relationships (Cat and Mouse affair) and life generally.

My favourites here were "Everything's different now" and "Throwing stones at the Sea" (or Sleep of the Just). The lyrics in the first one are genius, my favourite line being "I didn't realise a temporary caress / could bring me back to a permanent address". Boom!

The tune of the Throwing Stones at the Sea spoke to me most on this album. The story of the Fires Below is chilling as it dawns on you (the lyrics again are brilliant); Swimming against the Tide carves your heart out. The melodic One for the Road is probably the most beautiful, and different, drinking song I've ever come across. Contemplative and wise: “Someone said to me/ if we had an eye for an eye / it’ll make the whole world blind / something anyone can see”.
I felt surprised by the dark and menacing jazz-piece Murder in cell #9 (the fact that it was jazz – the guys should do more of that!), while the nonsense (can’t think of how else to describe it) hilly-billy potpourri CDC at the end of the album has fireworks popping, leaving a faint smell of sulphur in its wake…

I’d vote for the resurrection of Liberty Cage, or at least a fair airing of these gems on live gigs by Swill and Paul sooner rather than later!

Liberty Cage were formed as celebrated indie/roots band Men They Couldn’t Hang took a temporary break in 1991. From that group, songwriters Phil ‘Swill’ Odgers (vocals/guitar) and Paul Simmonds (guitar) recruited Paul’s brother Neil Simmonds (double bass) and ‘just decided to go into a studio in Brighton and see what happened’. After multi-instrumentalist Dave Kent and former Tender Trap drummer Simon Lomond joined, Liberty Cage quickly established a strong reputation for their live shows - an aptitude they shared with their former incarnation. In Paul Simmonds and Phil Odgers they similarly possessed two talented lyricists, capable of combining folky humanism with caustic political tracts. This was confirmed by the May 1994 release of Sleep Of The Just, a self-produced and financed album recorded during ‘studio down-time’. Though strong early demo material such as ‘This Side Of The Street’ had been jettisoned, new songs such as ‘Mercy Of The Guards’ and ‘Fire Below’ ably compensated. Though the songs were played with punk ferocity, the album indelibly cast Liberty Cage as a folk band, just as the Men They Couldn’t Hang had been before them. As Paul Simmonds conceded: ‘The best folk music will have something to say in 100 years when pop fads become sociologist’s footnotes and clothes to laugh at.’

sndtrak stops by with an Album of the Day Feature of his most recent release, FLIPS V1: Triple Lindy